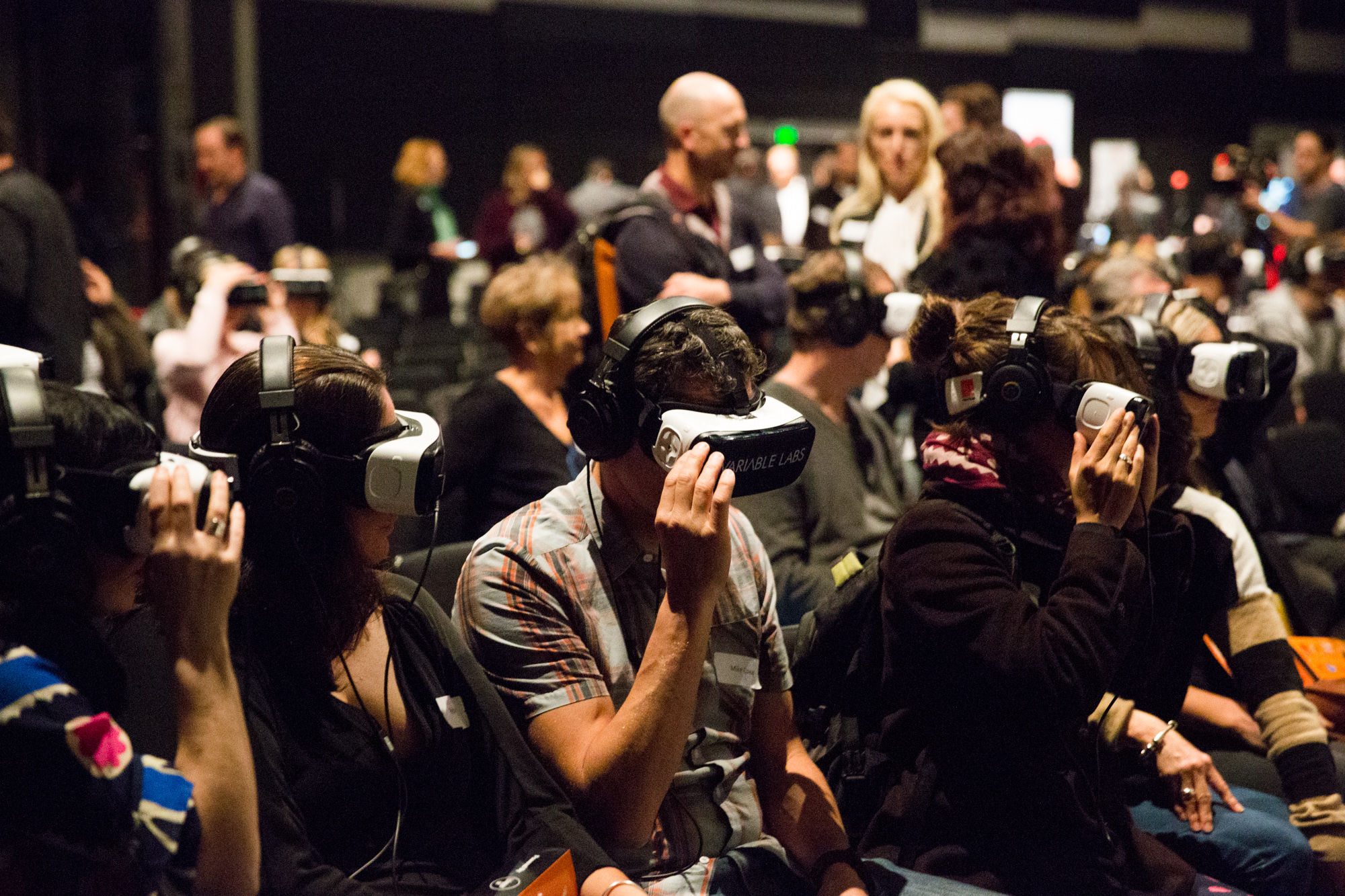 NSW is the home of immersive story telling in Australia. Some of the best VR and AR practitioners and creators in the world live and work in NSW. With screen technology and platforms rapidly evolving and changing our industries, Create NSW wants to assist NSW creatives to be globally competitive in this new playing field.

Create NSW delivers a number of initiatives which provide a platform for diverse practitioners, artists, directors and content creators across art forms to cultivate the full potential of immersive technologies.

Developed by Triggar VR, our 360 Vision app is available on Apple, Android and Oculus Go and available to download from your app store. Through the app you will be able to view exclusive footage just available on the day as well as other content updated on an ongoing basis.

Create NSW has presented 360 Vision since 2016. This annual event provides an opportunity for up to 300 screen practitioners and artists to hear from some of the world’s and Australia’s leading experts and be amongst the pioneers in VR/AR content production. Partners include the ABC, Screen Australia, Carriageworks, Triggar, Austrade and AFTRS.

The aim of the event is to inspire our industry audience to be globally competitive, to build their skills and be at the forefront of the of the industry.

Previous keynotes at 360 Vision include:

Past themes that have been well received include:

Create NSW and the ABC have partnered to create the 360 Vision Virtual Reality Development Initiative. The initiative aims to develop the potential of this new frontier of content producing and with it, build a whole new world of entertainment and storytelling.

We are open to submissions from all creatives - from emerging to established practitioners - and are encouraging partnerships, joint ventures and co-productions with companies familiar with Virtual Reality. For more information (Link to Fund) and (link to Previous projects supported)

360 Vision Development Initiative for the Arts

This initiative enabled artists and cultural practitioners to explore and develop skills in this new field. In collaboration with VR innovators, the artists developed and extend their audiences through the creation of new immersive VR content. In 2017 funding was made available for a range of NSW based practitioners working across diverse practices; including visual arts, theatre, dance, music, literature, and/or museum practices. Links to previous projects funded.