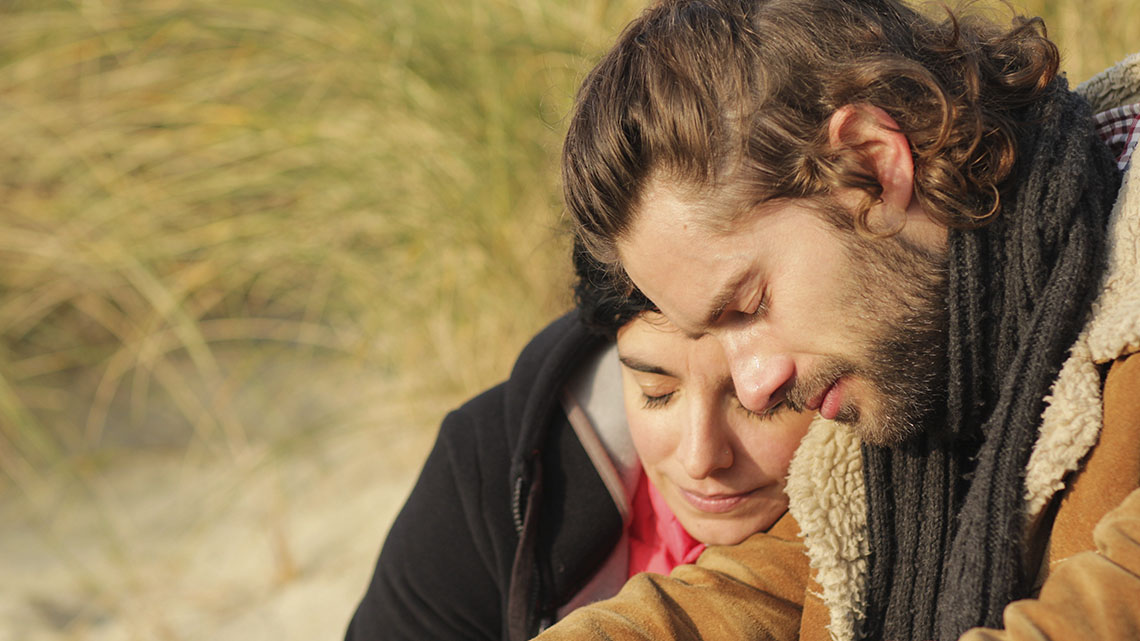 On the sand dunes of her local beach a female jogger returns to a traumatic place looking for closure. Screens with Lust for Sight as part of the Screenability program at Sydney Film Festival. We spoke with the film’s director, Aurora Fearnley ahead of the film’s screening:

What does it mean for you to have been selected to screen at the inaugural Screenability program at Sydney Film Festival?

Premiering Struck at Sydney Film Festival is quite overwhelming; it's such a huge and highly regarded Film Festival. Being selected feels like validation of my career trajectory and potential, I'm ecstatic to be attending and supporting the film.

I'm even more pleased to see the Screenabilities initiative in Sydney. There has been an awareness shift around diversity in filmmaking. However, I hear disability is often the least discussed and supported in this labeled category. Disability is so broad and complex that I feel it should be given its own platform in film rather than being lumped into the umbrella of diversity. So I'm delighted to see the Screenabilities strand at Sydney Film Festival this year.

Struck tells the story of a female jogger who returns to a traumatic place on the sand dunes at her local beach, looking for closure. What inspired you to make this film and is it based on your own experiences?

I first read Struck as a stage piece, by scriptwriter Isley Lynn, when I was sitting on the London tube. I was so moved by the story I couldn't stop myself crying. I knew I had to make this film.

It's not based on my own experiences or those of Isley. Struck looks at the pressures on masculinity in our modern age. It re-opens the debate that a woman's behaviour is to blame for a man's actions. It's familiar ground, yet Isley eloquently outlines empathy for both sides with no clear-cut answers. I see Struck as part of a new wave of films exploring the female gaze on conflicted modern masculinity.

Did you work closely with the scriptwriter Isley Lynn to develop the script?

Isley has very subtle and detailed writing, specifically in her use of grammar and punctuation, which denotes so much about each character.

Struck was initially a stage piece and something Isley had written years ago, so we discussed the core themes before starting amends.

Once we were auditioning Isley kept trimming and adjusting the script, inspired by the performances. We continued cutting through rehearsals until the script felt tight. In total, the film script was seven pages shorter than the stage piece.

Can you tell us about the film’s artistic approach in preproduction?

I knew the landscape and location would be integral to telling the story cinematically. Production looked at options to shoot in the city, but I felt the dramatic scale of the characters emotions needed the beach setting.

Shooting as a one shot film was an idea from the DOP Ben Heckling who watched the rehearsals. We felt it would give the actors the freedom to respond to each moment in real time. Their performances were authentic unbroken, allowing momentum to build through the scene naturally.

My hardest choice was watching the single takes back and choosing only one. Each had its own beautiful and unique moments.

Did you conduct workshops with the actors?

Workshops were around four hours and on just a couple of days. The actors were incredible, both Jim and Maria went deeply into their own experiences and we spent a lot of time discussing the themes.

I was wary of the material becoming over-rehearsed, so the sessions were focused on building rapport and then playing through the script taking larger risks and making bolder choices. By encouraging the actors to play with the characters and scene intentions we kept finding new conflict and surprising insights.

The film deals with quite heavy themes around trauma and acceptance.  What made you want to explore these themes?

So often we look at trauma from the angle of the perpetrator or victim, but the effects it has on observers fascinated me. While these individuals aren't victims of crime themselves they experience trauma through discovery.

Our male character wants to be seen as a heroic saviour rather than someone emotionally wounded. I believe there is so much pressure put on men to be strong that they are afraid to be vulnerable. Likewise there are expectations on women to censor themselves for protection. It takes real bravery to push against societal gender roles.

Can you share with us some of your biggest challenges in making the film?

Haha! The challenges? Well shooting a one shot film is already asking for trouble. Shooting in early December UK was always going to be a dice roll for weather. The budget gave us two days at the location. One day was rehearsing and blocking and the second to get a clean take. Bizarrely we had beautiful sunshine on both days but the challenges came in for sound with boats, helicopters and hoards of dog walkers.

Struck is an independent short, can you tell us how you got this film up?

104 Films has produced a series of short films called The Magic Hour. These short films champion disabled UK film talent and narratives. They raised the finance to make all five short films with Creative Skillset in the UK.

The debate in the UK at the moment is around positive discrimination, should this be implemented to redress the balance? There are also movements to prioritise female directors for roles in TV ( Directors UK - https://directors.uk.com/) , advertising (Free the Bid - http://freethebid.com/ ) and by promoting one another (Cinesisters - https://www.cinesisters.com/).

Statistic from Directors UK show that only 13.6% of working film directors are female. Also men are six times more likely to direct a feature film than a woman. The argument is often that there isn't enough female talent. Where are these female directors? A perfect example is BAFTA's elevate scheme for female directors to shadow on high end TV dramas with the aim for them to jump tier. 15 were selected from hundreds of applications, but in an accident the 225 women who weren't selected were cc'd into a group rejection email. This mistake became a movement when the women started talking together forming #BAFTASLUCKY225. Which is now a resource for anyone looking to hire female directors. An amazing positive outcome! - http://m.screendaily.com/5116530.article